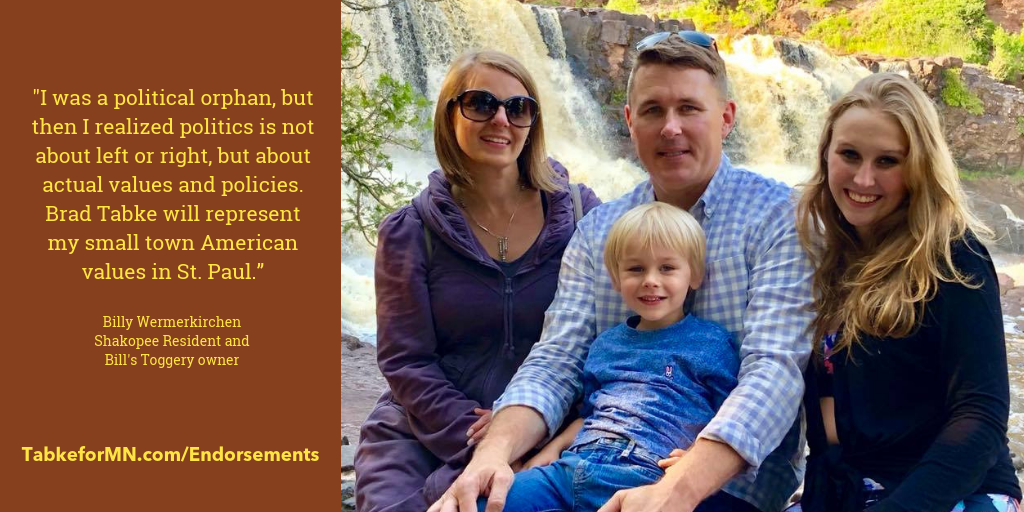 Earlier this year I found myself a political orphan for the first time in my life.

As a lifelong Shakopee resident and business owner, I have always voted Republican. I espoused those traditional fiscal conservative values that the party had long represented.

However, the recent Republican primary involving Bob Loonan and Erik Mortensen disgusted me. Mortensen and his outside PAC supporters ran the most negative campaign I have seen in Shakopee in my lifetime. They didn’t care about policy differences between the two candidates. They only cared about winning.

Unfortunately, this same tact continues in multiple races in Shakopee right now. Not one of the local party folks running for office has told the citizens of Shakopee what they would do if elected. All they have done is point the finger at others and make false allegations against their opponents. We’ve seen this from Mortensen in the state House race, Ditto in the mayoral race, and others.

Shakopee is a wonderful place to live, work and play. I know because I’ve been here to see when it wasn’t always that way. I give tremendous credit to the past leaders of Shakopee for having vision and the ability to work hard to find answers to questions and promote creative solutions.

Brad Tabke and I have not always agreed politically. However, when Brad was mayor, he saw what Shakopee could become and laid out a clear path to get there. He worked tirelessly with people of all political ideologies to build common ground.

The current local GOP does NOT represent my values. They’ve chosen to divide rather than unite our community. They don’t represent a working model for government.

I was a political orphan, but then I realized politics is not about left or right, but about actual values and policies. Brad Tabke will represent my small town American values in St. Paul.

Bill Mars has also earned my vote this November. Shakopee cannot afford to elect politicians who prefer to divide than unite.