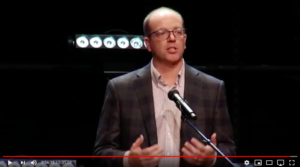 Thank you so much to the Shakopee Chamber of Commerce for hosting a wonderful evening of discussions about the future of Shakopee.

The discussion between our opponent and me clearly showed our fundamental differences in policy for the future of Minnesota, understanding of the issues, and temperament to work together at the Legislature getting good things done for Shakopee, Jackson Township, and Louisville Township.

If you are on the fence of who to vote for in this election or even if you are voting for our opponent. Please take the quick 25 minutes and listen. It will be worth your – and Minnesota’s – time.

Press play below and the video will start at the beginning of the #MN55A debate (2hr 35m 35s).

PS: Our portion is only 25 min…but you can watch it faster if you click the gear symbol at the bottom right, then speed, then 1.5 or 2.

Q1: What should the state minimum wage be and why?

EM: “By increasing the minimum wage, we take the bottom rung off of the earnings ladder. Thereby negatively affecting the same people we intended to help.”

Q2: What can Minnesota do to close Minnesota’s achievement gap?

Tabke: This is a very important question. It is unconscionable to me that we are the second best state in the nation for families and the second worst state in the nation for families of color. We must stop just talking about achievement gap. We need to start educating kids earlier by investing in pre-k and early education in the best situation for that family. That may be an in-home daycare, a center, or public school.

EM: “It is a shame that we have this achievement gap and we’ve been throwing money at the problem for decades.” “Yesterday, I had the pleasure of taking a tour of our HyVee.”

Tabke REBUTTAL: “I have no idea what that had to do with the achievement gap, Mr. Mortensen.” It is critical that we don’t leave people behind for our work force and future.

EM REBUTTAL: “I believe in workforce development, as well. I volunteer at Summit Academy.”

Q3: Do you support legislation that would make body cameras mandatory?

EM: “Putting a body camera on every officer is something we should be looking at.” “My mission in running is standing up to the middle class. People are tired of the same career politicians.” “Firefighters run towards problems, not away from them.”

Tabke: While I was Mayor, we took a measured approach on how to protect our police department and privacy. It has been very successful. I don’t believe the State should be pre-empting local decisions but believe there should be grants available for local departments to invest in this critical technology.

EM REBUTTAL: “Everything you just heard is the type of political talk that everyone is so tired of.”

Q4: In campaigning, the two of you have struck starkly different perspectives on how you would represent Shakopee in Saint Paul. How will your work with members from each party to pass legislation.

EM: “I’ve long said that I reject this dichotomy of Republicans versus Democrats. What is really at hand is the political class and the political elitists.” I have no issue working with others as long as we have the same mission of getting government off of our backs and out of our pockets.

Tabke REBUTTAL: Mr. Mortensen and I have diametrically opposite ways of campaigning. Just take 10 seconds and scroll through both of our Facebook pages. Everything from our campaign has been 100% positive. We can’t say the same for our opponent.

EM REBUTTAL: I’ve long heard this message. Brad has been the single most divisive member of this community.

EM: This is one of my top three initiatives. Short-term solution of restriping the bridge.

Tabke: I agree completely with Mr. Mortensen that 169 is critical. First, we must work to grow jobs so people can live and work here in Shakopee. We must get the Bus Rapid Transit line up 169.

Q6: What should be done to control or reduce the price of health insurance?

Tabke: This is a huge issue for seniors and businesses. I prefer a solution put together by ER Doctor, Senator Matt Klein, that would expand MinnesotaCare to allow people to opt-in if they choose.

Q7: What needs to be done in response to and to prevent gun violence?

Tabke: People are rightfully concerned about gun violence in their schools. I don’t think the answer is to eliminate guns. It is important to make smart changes to ensure background checks, red flag warnings, and eliminating bump stocks.

EM: “Noone wants anybody to be gunned down in the streets. But our second amendment is clear.”

Tabke REBUTTAL: I am absolutely against Stand Your Ground laws which our opponent says that he will sponsor first.